We have a volunteer Board of Directors.
Our team includes a part-time Executive Director who reports to the Board, a staff made up of 2 Program Managers, 2 Program Coordinators and Eco-System Technicians. In the summer we are able to employ two or three summer students and one or two occasional workers, depending on project funding.
Our Board Members
Board members volunteer with the BPBA year-round.

During her tenure as Chair of the Board, the Biosphere’s conservation achievement highlights include leading the community to develop its first Conservation and Stewardship Plan, the multi-year Six Streams Protection and Restoration Initiative, the Identification and Control of Phragmites project, multi-year efforts to protect the Bruce’s Dark Sky and a new forest re-connectivity project. Together with her husband of over 45 years, Jeremy Thorn, Elizabeth lives on the shores of Lake Huron in Greenough Harbour. She delights in discovering and sharing with their three children and five grandchildren the ecological treasures of the Bruce.

John Rodgers is the Vice-Chair of the BPBA. He is a local science teacher and a multi-generational farmer. He completed his education studying Crop Science. John helps with multiple projects and takes the lead on the Soil Erosion and phosphorous reduction projects. He has also been a large contributor to the BPBA’s ongoing Dark Sky Project: Bayside Astronomy Program since 2013. His affinity for science and the Bruce has made him an avid contributor to the Six Streams project and a valuable member of the Board.

Mike Warkentin is the Chair of the Dark Sky Committee where he is responsible for fundraising, equipment purchasing, dark sky monitoring and administering the Bayside Astronomy Program. Mike has a B.Sc. degree in Physics and Astronomy and B.Ed. degree in Science and Math from the University of Toronto which he has converted into a successful career in computing.  He has taught high school, been an editor for a publishing house, and done computer system installs, computer software presales, managed developers and managed high availability and security practices for companies like Manulife, GE Canada, DataMirror, IBM Canada, Rocket Software and Mid-Range Computing Group.

Mike joined the BPBA after falling in love with the dark skies, nature and beauty of the Northern Bruce Peninsula, and enjoys the passion shown by all of the BPBA volunteers for their areas of interest. Mike enjoys reading, snowshoeing, cross country skiing, photography, and hiking the Bruce Trail. He also administers the Greenough Harbour community website, and of course with his two telescopes Clara and Kristen, shares the wonders of the night sky with the public at Bayside Astronomy every summer.

Dale Scott is a Board Member of the BPBA. He has a BES and MSc with over 40 years of experience in Resource Inventory, Management and Planning, in both detailed natural resources management studies, as well as, managing and strategically planning major projects and complex initiatives related to a broad range of natural resources and associated environmental issues.His experience includes the geological inventory and assessment of aggregate and industrial mineral resources, developing, gaining passage and managing the implementation of the Aggregate Resources Act and the Mineral Aggregate Policy Statement, while with the Ministry of Natural Resources. He also led the Fish and wildlife Program Strategic Review and Plan, which included working with environmental and industry stakeholders to address a collective vision for the future based on partnerships and cooperation. A significant international project he led was the Ontario Biogenetic Resources United Nations- Access & Benefit Sharing Initiative Multi-Ministry Team. As a member of the Canadian Delegation of the UN negotiation team , 193 nations interests were addressed during the negotiations, which culminated in agreement by the parties. He is currently the President of Dale Scott and Associated Consulting and has over 60 years experience on the Bruce Peninsula and resides in the Myles Bay area. 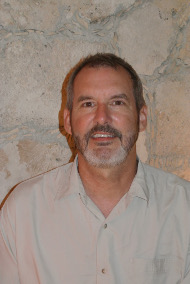 Tim Little was raised in Owen Sound, hiking and canoeing throughout the province and plying the waters of Georgian Bay. He returned to the Bruce as a cottager in the 1990s with his partner Isla Carmichael and they now live near Lions Head. Tim’s interest in defending our environment lead to positions with his property owners association and activism in area politics. Educated at the University of Waterloo, Tim is a former social worker and union president. He spent 20 years organizing community campaigns across Ontario and lobbying Queens Park as Legislative Liaison for the Ontario Public Service Employees Union. He is a former Director of Communications at OPSEU and VP of a small labour communications consultancy.  Tim has been a founder and active volunteer with many NGOs. He is a past Board Chair of the White Ribbon Campaign and the Ontario Centre for Social Justice.

Mike has been a property owner and resident of the Bruce since 1988. His past work experience includes 18 years (1980-1998) with the County of Bruce, the last 10 being employed as a Senior Planner with responsibilities of overseeing land use planning and economic development on the Bruce Peninsula. In 1996 Mike along with his wife Jean started a Vacation Rental Company which was sold in 2012. Mike currently works as a consultant doing internet marketing in the tourism sector. Mike is the president of the Bruce Ski Club and was previously President of the Owen Sound Round Table on the Environment and Economy. Mike has also been involved in various other community oriented groups and clubs over the years.

Neils Munk, Environmental Geo-technologist and Director of the Biosphere Association's Six Streams Initiative, has over 35 years experience in ecosystem restoration. Uniquely qualify for this role, Neils has worked as a Technologist for the Grey Sauble and Saugeen Valley Conservation Authorities, for Bruce Grey Public Health as a septic system Building Inspector, as an Environmental Technologist with Conestoga Rovers consulting engineering, as a Technologist the Lake Huron Assessment Unit and the Ministry of Natural Resources and Ministry of Environment as an Environmental Officer, as a Certified Engineering Technologist (CET) in Quality Control and Production at Dufferin Aggregates and as Production Superintendent at Aberfoyle Sand and Gravel. He keeps several horses and has had a cow-calf operation in Walters Falls and a cash crop farm near Brantford. He has constructed 2 houses, renovated several others, constructed barns and equipment sheds, acquired over a kilometre of escarpment lands for permanent addition to the Bruce Trail and planted over 10,000 trees on his farm near Owen Sound.
Neils began designing solar-powered alternate cattle watering systems in 1985 at the GSCA, but since joining the BPBA in 2013, with efforts of the farming community and assisted by Nelson Munk, he has designed and constructed 70 such systems for 5300 cattle, reducing phosphorus loading by one tonne every year. He pioneered on the Bruce several best management practices to control soil erosion and managed our efforts to improve septic system management which included inspection/ replacement of close to 100 septic systems that backed onto watercourses. He is a key player in our watershed planning and has advised on original research commissioned by the Biosphere on bioremediation and on developing a better understanding of our karst-based geology. He has earned an Award of Merit from the Bruce County Federation of Agriculture for his multi-pronged water quality improvement work with the Biosphere Association.

Graham Thomas has been a resident of the Bruce Peninsula for over 20 years. A former chair of the Bruce Peninsula Environment Group and board member of the Escarpment Biosphere Conservancy, he has been committed to this area and ensuring its ecological integrity survives into future generations. He was instrumental in initiating the Dark Sky Preserve status of the peninsula and fostering the importance of the night sky to residents and visitors alike. Graham and his wife have operated 3 businesses on the peninsula focusing on ecological tourism, organic agriculture, and local food and hospitality. Educated in both media and architecture he combines communication and an artist’s eye with the reverence for science and human relationships to landscape and place. Graham is an engaged community volunteer with past contributions to the Environmental Film Festival and School Parent Advisory Committee. Currently he is a member of the Farmer’s Market board and of the BPEG’s sustainable tourism working group. Before choosing to make this spectacular place home, for 5 years he lived in worked in the remote wilds of British Colombia, the Yukon and The Northwest Territories. His outdoor pursuits include hiking, 4 season camping, whitewater canoeing, mountain biking, cross country skiing, trail running, mushroom hunting, bouldering, swimming, and amateur astronomy. He is thrilled to be able to share his knowledge, experience, and passion for the Bruce Peninsula as the new manager of the Biosphere’s Eco-Adventure Program.